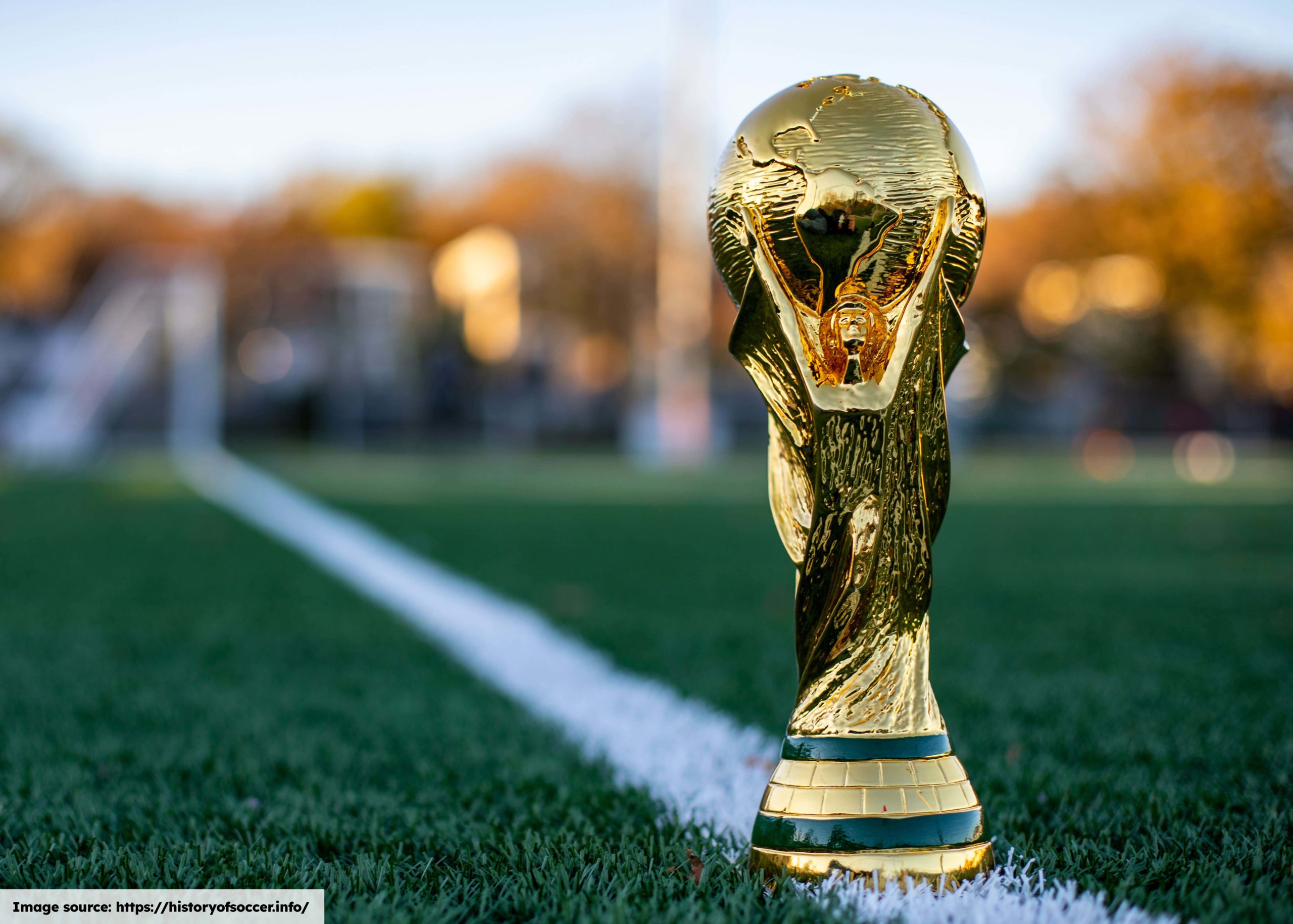 It’s the FIFA Mens World Cup! This year, the games are being held in Qatar during our winter. We wanted to find out how consumers are reacting – are they watching, and how do they feel about the event? Read on for our research summary!

Are Consumers Watching the World Cup this year?

42% of the nationally representative Vypr Community said that they’ll be watching.

A separate 13% said that they’ll watch the highlights, and 17% will watch if there’s nothing else on.

However, 29% said they won’t be watching at all. Along this line, we found that there is mixed sentiment around the cup.

Many consumers are not feeling positive about this year’s cup

When asking our sample what they think about the World Cup this year, we found a mixed bag of responses – only 35% felt positive, and a substantial 38% of responses were negative.

These negative responses mainly pertain to disappointment in the choice of location, and the odd timing to hold the tournament.

As the tournment is being held in the winter, we also wanted to find out where people will be watching.

Where Will Consumers Watch?

We followed up to ask why most are watching at home and found that the cost of living crisis is having an impact, as it’s making going out too expensive for many.

Consumers also thought that it’s far more comfortable to watch indoors at this time of year in the UK. 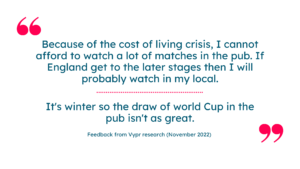 The World Cup’s timing lining up with the Christmas season is also affecting behaviour. One response received was as follows – “It’s around Christmas time and I feel I will have lots more activities to be doing I also feel the pubs and bars will be busy”.

People are also not hosting many get-togethers this year

The Winter World Cup, combined with the impact of the cost-of-living crisis, means consumer appetite to get together has been reduced. Only 18% of our sample said that they’ll be attending a get-together/party, and an even smaller 9% said that they’d be hosting one.

Sort and filter the insights so far on our interactive results dashboard by clicking here.

Lastly, consumers plan to celebrate the games with specific purchases…

For those watching the games, food and drink is an important aspect of the occasion.

Evidenced by the fact only 10% voted for none of the options, most consumers are making purchases specifically to celebrate the games. This has led to lots of opportunities, but products need to be strategically optimised to avoid clashes with Christmas. 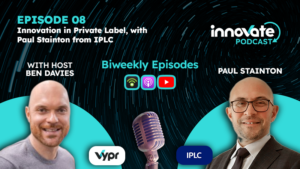 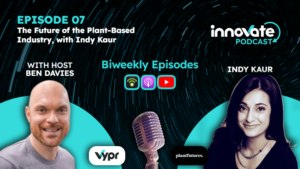 The Future of the Plant-Based Industry – Innovate Podcast 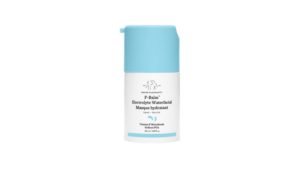 Drunk Elephant is probably the world’s most-wanted skin care, according to Cult Beauty, one of the brand’s UK distributors. Launched in the US in 2013 by entrepreneur